Following Mahler’s death in Vienna, on 18th May 1911, at the age of 51, rumours soon spread that he had left behind some posthumous pieces. Two of them, the Ninth Symphony, and the Song of the Earth, would be performed in the months that followed. But the mystery surrounding the Tenth Symphony would linger for some time longer. All we know is that it was unfinished, despite Mahler working on it during the whole summer of 1910. Some of Mahler’s close friends, in particular Bruno Walter, claimed that he demanded (before his death) that the drafts be destroyed. This is most likely since, throughout his life, Mahler never spoke about his pieces, or played passages from them, until they were completed in their entirety.

Yet we owe a real debt of gratitude to Alma Mahler for not respecting her husband’s wishes (something which Bruno Walter would later recognise himself). For when Paul Zsolnay, the Viennese publisher, was authorised to publish the manuscripts of the Tenth Symphony in 1924, the musical world was surprised to discover that the draft for Mahler’s last symphony was actually complete. Yet at the same time, we become aware of the deep psychological crisis that the composer endured a few months before his death, in the summer of 1910: the discovery that his wife Alma had been having an affair with Walter Gropius, the bitter reproaches of the young woman, the remorse he felt for this woman, twenty years his junior, who he had let share his life, the mad passion which overcame him when Alma decided to stay by his side, his visit to Sigmund Freud…

Because the manuscript of the Tenth Symphony bears the painful traces of his tortured state of mind at the time, with exclamations scrawled in the margin of the score, especially at the end of the third movement (“Have mercy, O Lord!  Why hast thou forsaken me?”), on the Scherzo cover page (“Madness, take hold of me, the accursed one! Destroy me, make me forget that I exist, so that I cease to be….”) and in the Finale (“To live for you! To die for you! / Almschi!). Thanks to the manuscript, which seems to have been definitively fixed, we can also see that the general plan of the piece is remarkably similar to that of the Seventh Symphony and includes five movements: two slow movements made up of two Scherzi which themselves provide the framework for an Allegretto moderato, oddly titled “Purgatorio”.

With the instrumentation completed by the composer Ernst Krenek, who had just married Mahler’s daughter, Anna, the first and third movements of the symphony were created by the Philharmonic Orchestra at the Vienna Opera House on 14th October 1924, under the direction of Franck Schalk. However, the score for the Adagio, the only movement in the Symphony for which the orchestration was entirely completed by Mahler, was not published until 1951. Unfortunately, it contained errors which Alban Berg had nevertheless tried to prevent by correcting the transcription made by Ernst Krenek. These errors do not appear in the new edition, which was published in 1964 by the Mahler Gesellschaft.

The Version’s first performance, completed by Derick Cooke, took place on 19th December 1960 during a concert broadcast by the BBC (the recording of this concert is now available in the TESTAMENT collection).

In its completed format, the Tenth Symphony has five movements:

At first glance, the initial part of the Tenth Symphony is a vast slow movement in three parts, with a distinctly Brucknerian flavour. The three main thematic elements, the symmetries that one notes in sentence frequency, the relative simplicity of the metres; all are reminiscent of the 19th century. But a closer examination allows us to gain a better understanding of this daring compositional technique.

Indeed, Mahler developed his patterns in a more systematic way than ever, by a process that the German musicologist, Tyll Rohland, describes as “morphological variation” (as opposed to classical variation which tends to preserve theme morphology) and which included entire fragmentation until its reversal. Even the contrechants are constantly changing, and this shifting character of the musical fabric only contributes further to the piece’s eccentricity and the climate of fantastic unreality that arises from the array of timbres and the use of instruments in their highest registers.

But furthermore, as many of his themes had common cells, the composer, after the “catastrophe” epitomised by the great dissonant chord (which is the only tutti fortissimo in the entire movement), mixed all the motifs together with an almost tonal uncertainty, before dissolving them into the coda. Through this endless and radical transformation of the material, which follows Theodor Adorno’s much-loved Nichtumkehrbarkeit principle (“the principle of irreversibility”), Mahler overcame the strictest of limitations imposed upon him by tradition: obedience to preconceived ideas, a sense of direction and purpose, a resolution of tensions. In fact, he became fully aware of this ideal of a “musical novel” which had haunted him throughout his career, yet at the same time took a leap into the future.

The Tenth Symphony really does open up a whole new era and one cannot help but wonder how far Mahler’s prophetic instinct would have led him if he had survived the terrible psychological crisis which it reflects and the cruel illness which would take his life a few months later. 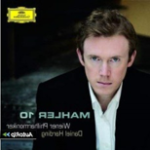 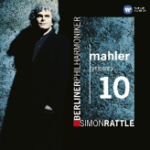