At the age of 20, Gustav Mahler had but one aim in life: to become a composer. He would later be appointed to the same jury which, in 1881, had rejected his work for the Beethoven Prize in Vienna, all because of his long career in the hell-like “galleys” of the Theatre. At the end of his life, he said to the young Alban Berg, “If you want to compose, stay away from the theatre!”

But what else could a young musician do to survive at such a time? Rich in ambition and talent, but not money?

The composition
Yet Gustav Mahler was a born composer: Das Klagende Lied, the great Ballad or Cantata for soloists, choirs, and orchestras, which he put forward for the famous prize, demonstrated this, at least in his eyes. But since the infernal judges of the time decided otherwise, he would have to find another way to make his talent known. At the age of twenty, Mahler immersed himself into his conducting role with an almost fanatical fervour and enthusiasm. As a result, he stopped writing music for four years, his theatrical activity leaving him little time to devote to anything else. He did not put pen to paper again until 1884, when powerful emotions arising from a family crisis gave him no other outlet. It was four years earlier that Das Klagende Lied had seen the light of day in similar circumstances. It seems that love alone, and particularly unhappy love, was the catalyst for allowing the young Mahler to “find his way”, that is to say, the catalyst for the creation of his composition.

In 1884, the Lieder eines fahrenden Gesellen was written in the wake of his unfortunate passion for an opera singer, whom he met while working at the Opera House in Kassel. This orchestral song cycle, however, did not see the light of day for some twelve years. During this time, another case of doomed love – this time involving a married mother of four – triggered more creativity: “These emotions had become so powerful that they suddenly burst out like a raging torrent of water.” In January 1888, Mahler was 27 years old. He was conductor at the Leipzig theatre. The inspiration came from none other than the wife of Weber’s grandson, who entrusted Mahler with unfinished outlines for a comic opera by the great Karl-Maria. It was thanks to him, and the completion of Die drei Pintos, that Mahler enjoyed the first great triumph of his career as a composer, largely due to its creative nature as well as the way in which he recreated it. His romance with Marion von Weber plunged him into a state of dark despair, due to the intensity of his feelings of loving someone passionately while, at the same time, shamelessly betraying the laws of friendship. The closure of the Leipzig Opera House for a few days at the beginning of 1888 – while Germany mourned the death of its Emperor, William I, gave Mahler the opportunity to work tirelessly. Started in January, the First Symphony, then known as the “Symphonic Poem”, was completed in March. At this time, it still included five movements since Mahler had inserted a brief and somewhat superficial andante which he borrowed from an ancient piece of theatre music.

The first performances
“In my complete state of oblivion,” Mahler later confided, “I thought I had written one of my most daring pieces of work, and naively and childishly believed that it would be an instant success and that I would subsequently be able to live a quiet and comfortable life from the royalties.” So much for the illusions of a young composer! The following summer, he visited Prague, Munich, Dresden, and Leipzig, and moved heaven and earth to have his works performed. However, his efforts were in vain. He eventually had to conduct the first performance himself at the Budapest Philharmonic. This took place on 20th November 1889. And even then, his Symphonic Poem was only included in the programme because its composer was none other than the already celebrated director of the Hungarian Opera. Alas, on the evening of this unfortunate première, the public’s bewilderment quickly gave way to silent indignation. The Finale outbursts left the audience in a daze and the last note was followed by deathly silence. This silence was broken by some timid applause interspersed with whistling and booing. Mahler realised that the performance had fallen on deaf ears. Even his closest friends were dismayed. “Afterwards, everyone beat a hasty retreat, terrorised, and nobody dared tell me what they thought about my work!” Critics were just as hostile as the public. He was accused of deliberately indulging in nonsensical bizarrerie, crazy cacophony, brazen vulgarity. In a word, he had defied everything that music stood for. Lonely and in a state of despair Mahler wandered the Hungarian capital “like a condemned man or plague victim”.

In 1891. Mahler left Budapest for Hamburg where he was appointed first conductor at the Stadt-Theatre, one of the most important German opera houses. One evening in October 1893, he led the first “popular concert in philharmonic style” in a Hanseatic concert hall. It was composed exclusively of pieces that had never been heard before, including “Titan, A Poem in Symphonic Form”. The audience’s reaction was slightly more favourable than in Budapest, but Hamburg critics again accused Mahler of a total lack of discernment in his choice of material, of giving free rein to his ‘subjectivity’, and of ‘mortally offending the sense of beauty’.

After a third setback in Weimar, Mahler tried again on 16th March 1896, this time in Berlin. The work was henceforth shorn of its Andante and was given the definitive title of ‘First Symphony’. Up until the end of his life, Mahler conducted this cursed Première at irregular intervals. He willingly named it his “child of pain” because it continued – for a long time – to disappoint and shock even those listeners that were already familiar with his style and language. The curse of this ‘Sinfonia ironica’ (the term was invented by the Viennese critic Max Kalbeck) hung over it long after Mahler’s death. During the 1920s and 30s it experiences some degree of popularity, but this was mainly because of its relatively modest proportions in comparison to his other symphonies and the smaller amount of orchestral resources it called for.

The revised version of the First Symphony had four movements:

The deleted movement was called “Blumine” – Andante allegretto.
The First Symphony premièred on 20th November 1889 at 7:30 PM. It took place in the Redoubt concert hall at the Budapest Municipal Palace. It was performed by the Budapest Opera Orchestra and conducted by Mahler.

To enable the public to understand it more easily, Mahler drew up several ‘versions’ of his ‘Symphonic Poem’ (which later became a Symphony) and all were more or less along the same lines. From the start, he made it clear that the original title of the work—’Titan’—had nothing to do with the famous novel by Jean Paul Richter, and that the famous harmonic at the beginning of the piece was there to evoke a morning scene in the forest, as the summer sun ‘vibrates and sparkles’ through the branches. The 1893 version, when the Andante was still part of the piece, was as follows:

Part One “The Days of Youth. Flower, fruit, and thorn pieces”

By simply reading this text, which devotes more space to the grotesque Funeral March than to all the other movements, shows that Mahler was aware of its originality and feared that it might puzzle the audience. This could also be said for the entire piece with its mixture of sorrow and irony, the grotesque and the sublime, tragedy and humour. None of this can be explained without the literary references that Mahler himself readily provided from the very beginning. Not only are some of the original ‘titles’ of the movements borrowed from Jean Paul, but the whole piece is reminiscent of German romantic literature and finds its themes and underlying inspiration in the permanent conflict that existed between the idealism and realism depicted in the works of E.T.A. Hoffmann and Jean Paul; the conflict between the demands of a mind expressing the cult of beauty and goodness and the demeaning realities of everyday life. The 1893 ‘version’ mentions Hoffman and the French engraver Jacques Callot (1592-1635) as sources of inspiration, although it must be said that the most well-known ‘Huntsman’s Funeral’ engraving was in fact the work of the Austrian painter Moritz von Schwind, a friend of Schubert and Grillparzer. 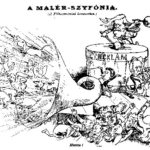 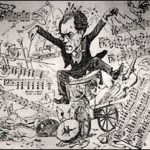 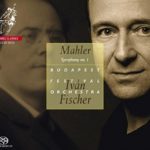 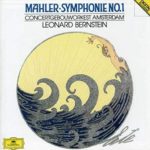 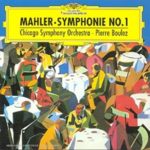