Everyone agrees that the Romantics chose sadness, anxiety, and pain as their favourite subject matters. Far from being an exception to this general rule, Mahler – as post-romantic as he was – made suffering the basis and foundation for his artistic creations. Certainly, he knew how to own and channel it into his later works which, without a doubt, attained serenity.

But at the start of his creative life, his first Lieder, First Symphony and Das Klagende Lied Cantata were the product of a miserable, stormy, and tormented youth. Most were created in times of extreme difficulty and reflected his unfortunate passions. They can be said to represent confessions, secrets, even fits of despair.

Contrary to popular belief, most of the works written by Mahler at the Conservatory were unfinished. At that time, “any piece of work in process was not sufficient until completed in its entirety”. His three Lieders from March 1880, Das Klagende Lied (or the “Song Plaintiff”) therefore became his first important and completed piece of work. He wrote the text himself in March 1878, at the age of 17, towards the end of his time at the Conservatory. It is based on a fairy tale by Ludwig Bechstein (1801-1860) from Mahler’s childhood and is similar to The Singing Bone by the Brothers Grimm. A dramatic version of this tale, written by an obscure writer named Martin Greif, had been performed in May 1876 at the Vienna Conservatory, presumably in the presence of Mahler. While he did not take anything from Greif’s text, it is very possible that this is where his first idea came from: a magical opera in three acts of which he spoke about many years later to the critic Paul Decsey. The final version has very few traces from the initial project, just a few features from the second part (Hochzeitstück). The 1878 text, with its long tales and poetic descriptions, was not designed for the theatre. Just reading it through is enough to be convinced.

In 1880 Mahler fell head over heels in love with Josefine Poisl, the daughter of the Iglau Postmaster. Her parents took a dim view of her romance with a young and unemployed Jewish boy. In March, exasperated by Josefine’s silence, Mahler sent her the three Lieders he had dedicated to her. She was likely also the inspiration behind Das Klagende Lied. He then experienced a period of extreme instability, living solely on what he earnt from his lessons. He moved constantly, plagued by the perils of extreme poverty and any noise which disturbed his work. In October, upon completion of his score, he learnt that several of his loved ones were spiralling into madness: a young girl whom he had fallen in love with a few years earlier and two conservatory classmates; Anton Krisper, a confidant from his darker years, and Hans Rott, one of Austria’s brightest musical hopes. “Misery is at home everywhere … he wrote to his friend Emil Freund. And clothes itself in the strangest guises, as though to mock poor human beings. If you know one happy person on this earth, tell me his name quickly, before I lose the last of what courage remains in me.”

At this time, Mahler had become a vegetarian. The intensity of his work was exhausting. Every time he resumed reading an “apparently insignificant” passage from the Klagende Lied, he was overcome by a “strange and strong emotion”. He was convinced he had seen his own image emerge from a dark corner of his bedroom. It was as if he was living in an episode of a Hoffmannian fairy tale and it felt like this double was trying to force its way through the wall. This vision was the cause of intense physical pain and one day would even trigger a nervous breakdown.

The Spielmann draft, the first part of the final piece, was completed on 21st March 1880, and the draft for the Hochzeitstück (Wedding Piece) seven months later. Once the score was finished, he just had to play it. However, for a young composer who had made Vienna his homeland, there was no better way to become recognised than winning the Beethoven Prize. Unfortunately, the awarding jury was made up of somewhat conservative figures, such as the composers Brahms and Goldmark, the critic Hanslick, and the conductor Richter. As expected, the tradition-loving musicians were appalled by the boldness of what was a completely revolutionary piece of work for that time. They awarded the 500 Gulden prize to lesser-known and more conventional composers. With a strong belief that he was destined for glory and not for the hidden life of a poor and ignored creator, Mahler chose “the hell of the theatre” for the next stage of his career.

In December 1893, in Hamburg, Mahler came across Das Klagende Lied amongst some other old manuscripts. He was immediately struck by the originality of this first attempt and exclaimed: “I cannot understand how such a strange and powerful piece of work could have been penned by a twenty-year-old man … The essence of the Mahler you know is revealed there in its entirety. What is even harder to understand is that nothing needs to be changed, even in the orchestration, it is all so strange and new!”

Mahler’s work in 1893 was an “intelligent copy”, a “development of the whole piece which can be attributed to his experience as a conductor”. In particular, the number of soloists was reduced to three and the Waldmärchen deleted in its entirety. Fortunately, the first full orchestral score survived. It shows that Mahler, at the age of twenty, had an instinctive, but absolutely astounding mastery of instrumentation, although he had only performed a few operettas in a tiny city theatre. He was a born orchestrator in the same way that others are born pianists or violinists. The originality of the numerous passages preserved in the final score is proof of this. In 1899, during a second revision of the score before its imminent publication, Mahler restored certain details of the first version, in particular the orchestra placed behind the stage during the Hochzeitstück.

In 1893, Mahler himself predicted that “he would never be able to make a mark with Das Klagende Lied” and he wasn’t wrong. He conducted it several times in public, first in Vienna in 1901, then in Amsterdam, but the piece was not generally well-received by critics. Even today, it is unknown and underestimated and this oversight is notoriously unjust. Not only does the score reveal that Mahler had already discovered all the characteristic features of his own personal style at the young age of twenty, but it also showcases his astonishing mastery, powerful originality and expressive life, all of which are still evident today.

The Klagende Lied is a subject that belongs to a universe dear to Mahler and Romantics in general: The Middle Ages, with its flamboyant Gothic, disturbing legends, dreamlike forests and enchanted castles. Analysis of the original poem.

The Klagende Lied is a subject that belongs to a universe dear to Mahler and Romantics in general: The Middle Ages, with its flamboyant Gothic, disturbing legends, dreamlike forests and enchanted castles. Analysis of the original poem.

A young queen declares that whoever finds the red flower in the forest will win her hand; two brothers, a nice one and a nasty one, go in search of the flower, the nice one finds it, puts it on his hat and then stretches out under a willow tree for a nap; in the meantime, the nasty brother arrives and kills him with one strike of a sword; the nice brother is soon buried under the leaves and flowers of the tree.

Sometime later, a wandering musician picks up one of the bones that is glistening under the leaves; he turns it into a flute and as he brings it to his lips, it sings the lament of the dead brother (Das Klagende Lied [The Sorrowful Song]); the minstrel takes the road and heads towards the city.

The royal castle is enraptured by the Queen’s wedding: in the anteroom, the minstrel plays his magic flute; the guilty king seizes the instrument and blows into it; the flute repeats its incriminating song; the queen falls unconscious, the guests flee and the castle walls crumble. 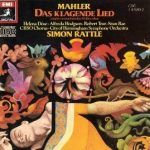 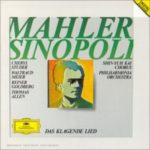 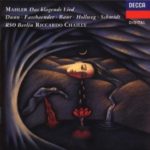